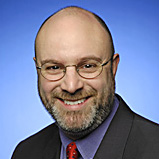 When conflict between business partners becomes extreme, it can be impossible to communicate and make important business decisions. Sometimes severing the relationship is the only way forward. There are several ways to accomplish a so-called “business divorce.”

If there is a shareholder agreement, or if a limited liability company’s operating agreement provides for it, there might already be a buy-sell agreement between the equity owners. Buy-sell agreements come in many varieties. They may permit one owner to sell his interest to a third-party, subject to his partner’s right of first refusal, i.e., subject to the partner’s matching the third-party’s price. The agreement may also provide that one owner may put his shares to the other, i.e., force the other owner to buy him or her out. Or the agreement may provide that one owner has the right to call the other owner’s shares, i.e., force the other owner to sell to the calling owner. Buy-sell agreements usually have mechanisms built in to determine a selling price between owners, and to resolve disputes if agreement cannot be reached. Such a mechanism is essential to an agreement which contains a call provision.

In cases where the owners can’t agree on how to unwind their relationship an owner may seek to have a court order the sale and dissolution of the company. The most common basis for seeking a judicial dissolution of a corporation or an LLC is that the other owners are oppressing the plaintiff (usually the owner of a minority of the shares or membership interests), by defeating his reasonable expectations concerning management of the company, or acting in an illegal or fraudulent manner. Defeating an owner’s reasonable expectations involves denying the owner a say in management decisions, failing to provide information about the company to the owner, and otherwise freezing him out of management and operational decisions. The standard is whether the majority owner’s conduct defeats the plaintiff’s reasonable expectations when he invested in the company or that developed over time.

In the case of a judicial dissolution of an LLC, Connecticut law does not provide a buy-out election, but “the court may issue a remedy other than dissolution.” What those remedies are is not well defined yet by the courts, but it may well include an order that one party buy the other party out on terms decided by the court. The Connecticut Appellate Court, citing a Maryland Court of Appeals decision, noted in a footnote to a 2020 decision that a court may order a buy-out as a resolution of an LLC dissolution case.

We are pleased to announce that Shipman, Shaiken & Schwefel, LLC has been ranked in the 2022 U.S. News & World Report’s “Best Law Firms” list regionally in 6 practice areas. … Read More