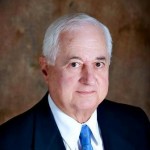 A graduate of the University of Connecticut (B.A. 1959) and its School of Law (LLB 1962). He was Managing Partner and Chairman of the Litigation Department at Schatz & Schatz, Ribicoff & Kotkin in Hartford, Connecticut, where he practiced for thirty (30) years. From 1992 to 1995 Mr. Shipman served variously, as General Counsel, Vice President and President of First Connecticut Life Insurance Company. From 1995 to 1999 he was President of Insurance Consulting Associates, LLC. He is currently a Principal in the firm of Shipman, Shaiken & Schwefel, LLC.

He is a Fellow of the American Academy of Forensic Sciences where he served as its Vice President and as Chairman of its Jurisprudence Section. He has served as an Arbitrator with the American Arbitration Association and the American Dispute Resolution Center in matters involving complex corporate litigation; and as a Special Master in both State and Federal Courts.

Mr. Shipman has been consistently recognized as being among the Top Attorneys by Connecticut Magazine, New England Super Lawyers®. Best Lawyers® In New York, Forbes Magazine’s Best Lawyers in America® and Corporate Counsel Magazine. Mr. Shipman has been “AV” Peer Review Rated by Martindale-Hubbell® Law Directory for 30 consecutive years and has been recognized as among Americas Most Honored Professionals by American Registry®.   Mark Shipman received the Martindale-Hubbell® 2016 AV Preeminent Award, Judicial Edition for the highest possible rating for both legal ability and ethical standards, reflecting the confidential opinion of the members of the bar and judiciary.

We are pleased to announce that Shipman, Shaiken & Schwefel, LLC has been ranked in the 2022 U.S. News & World Report’s “Best Law Firms” list regionally in 6 practice areas. … Read More